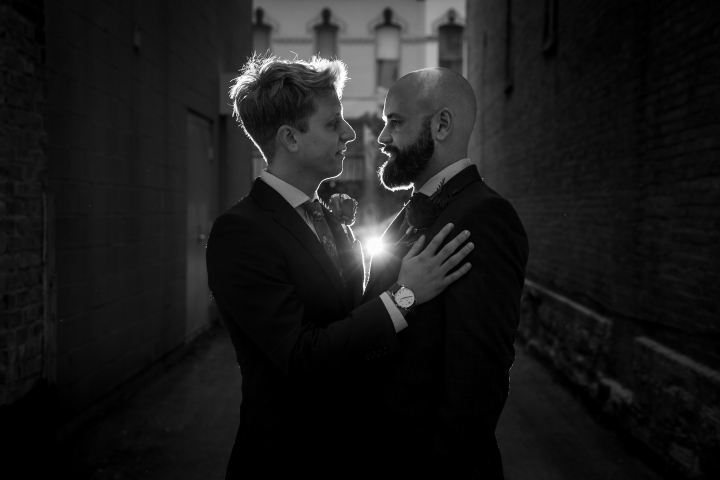 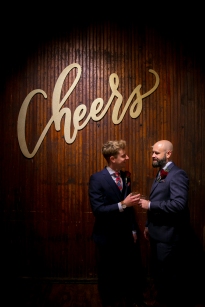 Jason and Michael first started talking online in December of 2012 and expressed an interest in each other, but only chatted from time to time. In April of 2013, they were back online and talking to each other once again. It was only after a while, Michael gave Jason his number and several weeks later, they finally made plans to meet face to face for their first date.

We agreed to meet up at a local Starbucks on Sunday, April 14, 2013. We had each only seen a handful of pictures of each other at this point. We ordered coffees and sat near windows of the Starbucks to chat. To be honest, I wasn’t sure that it was going to work 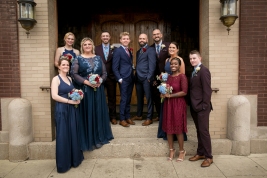 out at first. Michael kept his sunglasses on for the first hour of our date. What I didn’t realize was the seats that I had picked kept the sun beating in his eyes and he didn’t want to make us get up and move. Eventually one hour turned to two, turned to three and we were still chatting and having a wonderful time. 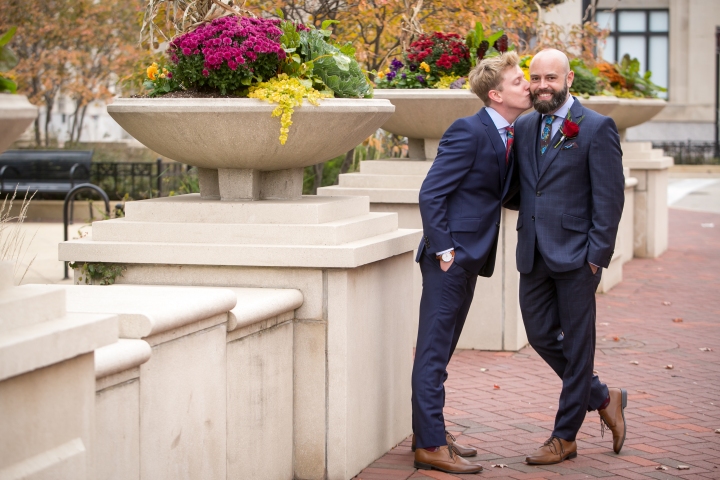 Michael shared his love of photography with me, I shared my love and teaching and history, and time slipped away. After nearly four hours we both realized that

we were starving so we moved our date to Chili’s for dinner (it has since become one of our favorite places to eat together). In total, our first date was about six hours long. What should have been a quick coffee date turned into something far more than either of us could have known at the time.

The quirkiest thing about Michael is that he can take any song, and turn it into a song about me. He is an absolute master at changing the lyrics. On some road trips I even have to limit the number of songs he sings about me.

The quirkiest thing about Jason is how particular about certain things he is. He has a VERY established routine for getting into bed. The sheets have to be just right, the pillows a certain way, and god forbid he forgets to put on his chapstick…the whole routine starts over! 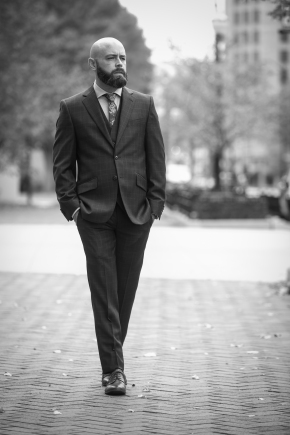 Michael moved in with me six months after we began seeing each other. The longer we lived together the more our life together moved in the direction of marriage. There was never a moment when the idea of marriage “clicked” for us, it was always the direction that we were moving together.

It was a TOTAL surprise. Michael was in barber school at the time and was working to complete his clinical hours. In order to help him out, I arranged to leave work early one day so that he could practice trimming my beard. When I arrived it was 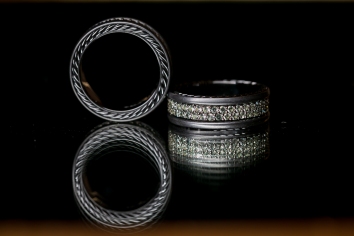 just like any of the other times I had been there, only this time he told me that other classmates were going to watch as he used me as “demo.” I went back to his chair and he began to prep me to trim my beard. I remember thinking it was taking him a long time as compared to other times (I think he was calming his nerves). It all happened so fast I don’t remember every detail, but I remember him talking and then saying something about ‘when you love someone you want to spend the rest of your life with them” and slipping a ring on my finger as he knelt down in front of all his classmates and teachers to ask if I would marry him! It was amazing, and so romantic, everything that I wanted our proposal to be…and clearly I said yes!

Our favorite part of the day was definitely during dinner. We absolutely loved the way that everything was set up and decorated. Most of all we loved being surrounded by all of the people that love and support us. People who have been there since the beginning, as well as people that have entered our lives over the last six years. It felt like a giant holiday dinner with all of our family and friends! 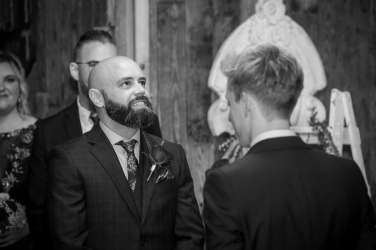 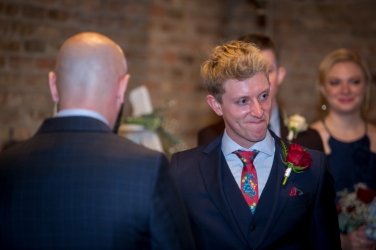 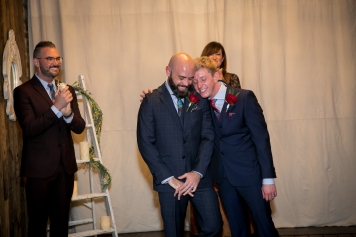 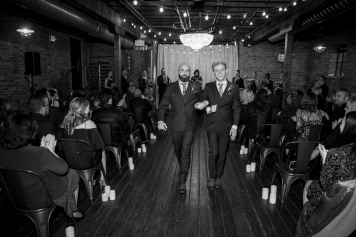 The song that we share is “Take Care” by Beach House. Michael played it in my car and sang that song to me on one of our earliest dates. This was our first dance song too! 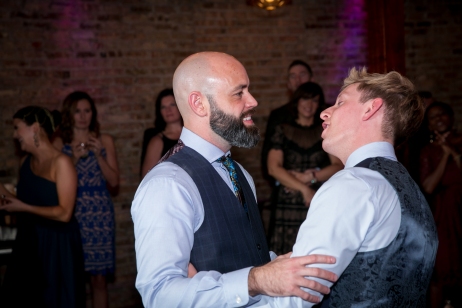 We chose The Haight for two reasons. The first being that we absolutely fell in love with the space the moment we saw it. The style of the venue perfectly matched Michael and I as well as the feeling we get from the city of Elgin…which leads to me the second reason, we love the city of Elgin and we could not have been happier to get married in the city that has been our home for our entire lives together.

We don’t think that marriage has “changed” our relationship. We love each other no

differently than we did the day before we got married. What has changed is the sense of pride we both have in calling each other “my husband.” While it may seem small, that one thing brings each of us a tremendous amount of joy and pride.

All of our vendors were truly amazing! Cuisine America was an absolutely wonderful company to work with. Their food was delicious and MC is a treasure. We

can’t thank Concept One Photography enough for capturing beautiful pictures of our wedding. Looking through them transports us back to that day and all the feelings we had in those moments. As lovers of donuts, we must shout out Craft Donuts + Coffee. They provided both our dessert and the gifts for guests! Pam Horn, our florist and good friend took our vision and ran with it, we cannot thank her enough! Finally, Briana and the entire staff at The Haight! You made our wedding day a dream come true!