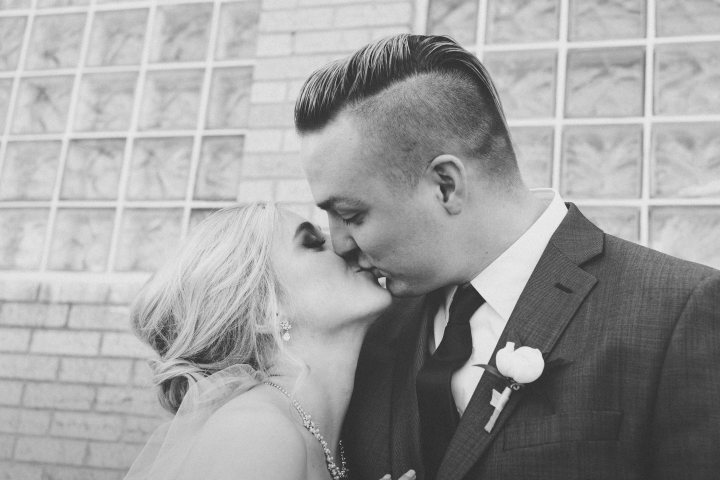 Hannah and Kiffer first met their freshman year of high school during their church youth group. They had been running around in the same circle for a while and Hannah quickly developed a crush on Kiffer. 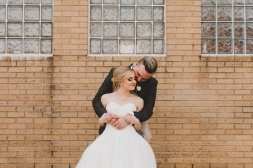 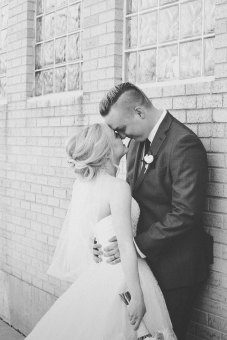 Kiffer found out that Hannah liked him, but rather than jumping into a relationship, the two of them decided to pursue a friendship. For almost a year they spent time together getting to know one another and by the middle of their sophomore year, they were dating!

There wasn’t a specific time in the relationship that Hannah knew Kiffer was the one. However, two years into dating they shared plans with each other about the future and tackling it together.

It just kind of always felt meant to be! Kiffer was my first boyfriend and I was his first girlfriend. So it just got to a point where it was just Hannah and Kiffer. We were a unit, and people said that one without the other just didn’t seem right. 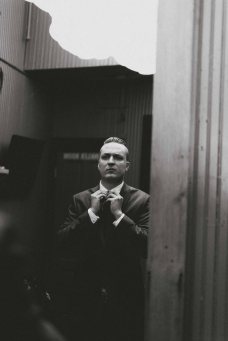 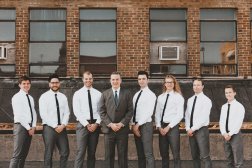 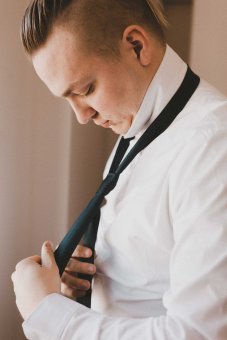 I have so many favorite things about Kiffer, but if I had to narrow it down, they would be these:

Kiffer loves that Hannah is loyal.

I’ve never had to worry that she was going anywhere, it’s never crossed my mind. She’s trustworthy, and she’s responsible. 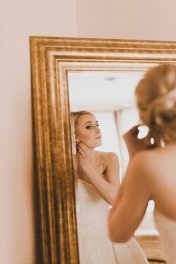 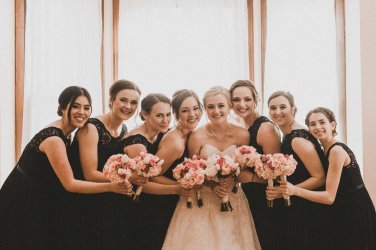 Kiffer’s proposal to Hannah was in her words, “the sweetest thing.” They were having a double date contest with their friends to see if the guys could plan a better date than the girls. On the night of the proposal, the boys ended up planning so they all headed out to a prairie with snacks, a guitar and blanket.

After some time, Kiffer suggested heading back to a bench they had seen before and Hannah, completely oblivious, obliged.

Our friend Devin was still playing his guitar as we walked. At the time, I didn’t realize, but he was playing “Can’t help falling in love”. When we got to the top of the hill, Kiffer turned to me and took my hands in his. He told me that he loved me and then he started to tear up. I knew at this point what was happening, but I was so surprised that I couldn’t believe it! He got down on one knee, pulled the ring out of his pocket, and asked me to marry him.

Of course, I said YES!

At that point, a photographer came flying out of the brush and began taking photos. 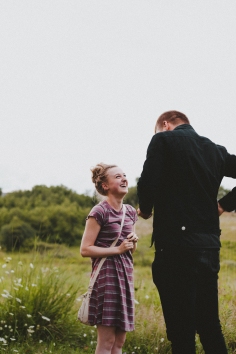 It was such a sweet and intimate proposal. I wouldn’t have wanted it any other way.

Oh! If you were wondering, the guys definitely won the double date contest! 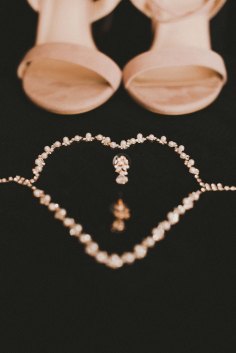 When it came time to find a venue for their wedding, Hannah had already fallen in love with The Haight. It was the only venue in the area, which she knew of, that had character—and she loved that about it.

It wasn’t your typical banquet hall or ballroom. It was different than the rest in the most beautiful way and I felt that it fit us perfectly!

As soon as the two got engaged, Hannah began to inquire, but they didn’t have a specific date or day in mind. They knew they wanted it at The Haight and soon so they based it off of the dates that were still available—it ended up being the only venue they looked at! 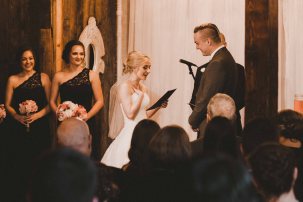 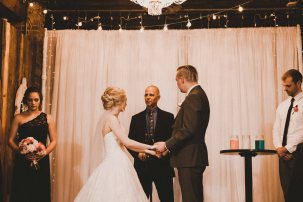 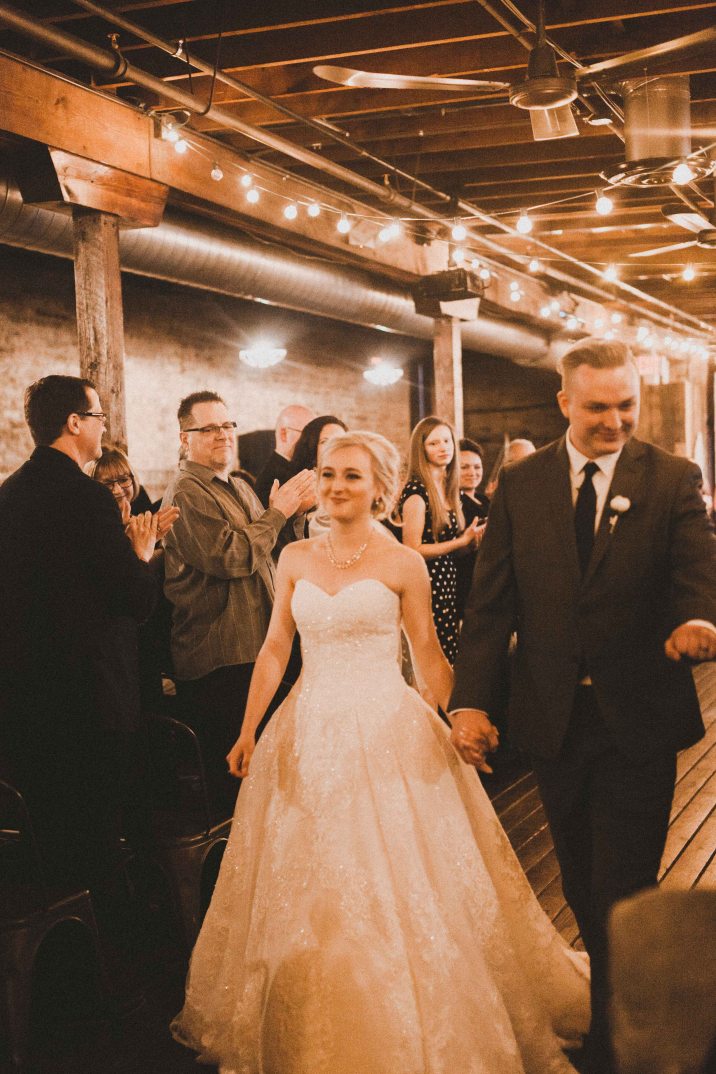 The whole day was perfect, but something I really loved was looking around at dinner and seeing all of the people who were there to celebrate with us. From friends to family, these people love us so much that they came to support US and surround US on the most special day of our life! 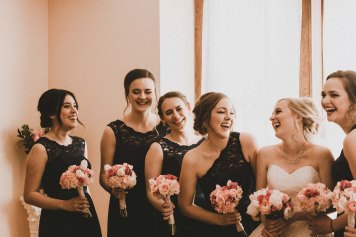 Hannah’s advice for newly engaged couples is that while planning the biggest party of your life is fun and important, continue to pursue your fiancé and fall even more in love with them leading up to the big day. 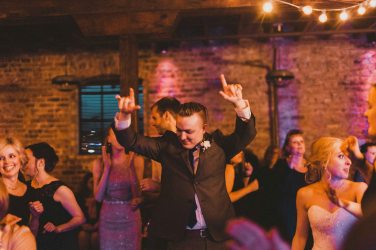 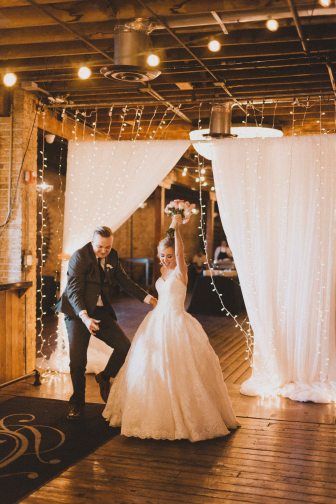 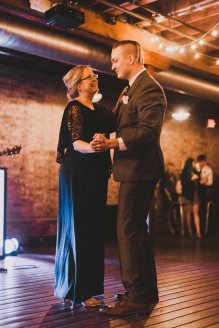 While my planning process felt very stress free, it can be so easy to get caught up in the plates and napkins and the invites and favors, that you aren’t caught up with your future spouse. You want to get to your wedding day madly in love with the person you’re about to marry, not worrying about all the little details, that really, at the end of the day, won’t be a big deal. You’ll be super married…and that’s the most important thing.

Alcohol: Drinks on Me Catering