Lindsey first met Ryan in July 2017 when he sent the first message after matching with her on Tinder. They talked for about a month before finally deciding to meet in person.

I always say that Ryan coming into my life was a huge answer to a prayer. I did not have any serious relationships prior to him, and I had been praying for my Husband since I was in high school. I lost hope of finding one around the time that Ryan messaged me. I was content with being single…but then God brought Ryan to me and turned everything around.

We met at Starbucks for our first date. Ryan came up from Springfield to Plainfield, where I was living at the time, for his job training and we met when he first got into town.

Lindsey fell in love with Ryan the first time she saw him. Ryan knew he wanted to marry Lindsey when she made him a box of “Open When” letters when he was about to move and they were about to start dating long distance.

After we got married, we got a Siberian cat. When we first dated Ryan let me know that he did not like cats since he is allergic and that he never wanted any pets, especially cats. Well now he is totally obsessed with Lincoln (our cat), he has an extreme pet voice that he uses when he talks to him and he always wants him to be included in our Christmas pictures. 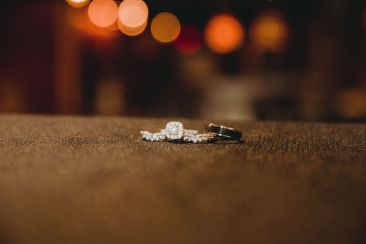 Ryan has just gotten back from a month-long training in California with his army unit and he told me that he had planned a date for us. He took me to Joy-Yee in Naperville where we picked up take-out and the drive took us to the River Walk in Naperville where we had one of our first dates, which at the time he said was one of his favorite dates. That’s where he proposed. Then after that we went and saw a comedy show at The Comedy Shrine.

Ryan’s Favorite part of the day was the first dance, while Lindsey’s was walking down 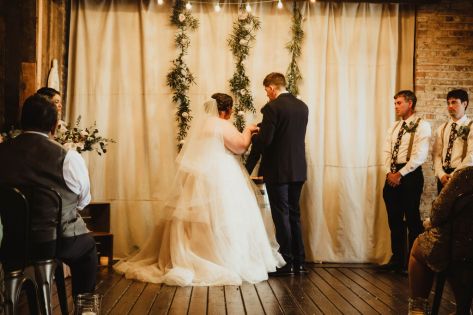 the aisle and finally seeing Ryan.

We chose not to do a first look and had not seen each other since our rehearsal dinner the night before. It was exciting to finally see him and realize that I was walking toward my HUSBAND.

I bought my dress at the Crystal bride in Geneva. It was designed by Stella York. I absolutely loved my dress and my whole experience at the Crystal Bride. They made me feel so special, didn’t rush me to pick a dress quickly, and helped me by giving their opinions and helping to pick dresses that would look best on me. I ended up choosing a type of dress that I did not want at the beginning…but it looked amazing. 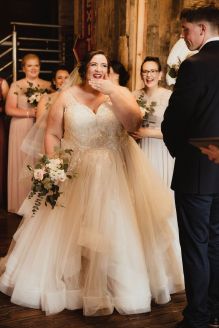 I Like Me Better by Lauv! Lauv was one of the first concerts that we went to when we were dating. We love this song because we both feel like we become the best versions of ourselves when we are together.

We chose The Haight because we loved how it looked and felt. The lighting was so romantic and the brick walls and wood floors were beautiful. We loved that we could have our ceremony and reception in one place and not have to make our guests travel. 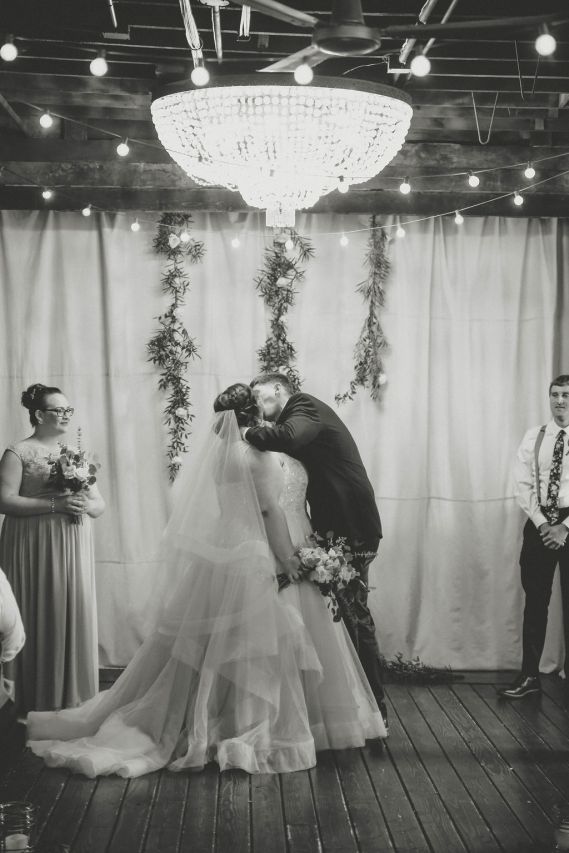 Ryan: “I think we have learned more about each other and have become closer.”

Lindsey: “We’ve become stronger as a couple because of things that we have had to go through. We know each other so much better now. I thought I knew Ryan pretty well when we were dating and engaged, but now I feel like I know so much more about him. We get to spend a lot of time together, marriage is a way better than having a long distance relationship!”

We decided to exchange wedding gifts with each other the day of the wedding. I got Ryan a scratch off world map so that when we travel to different places, we can cross off that state country. I also gave him a journal of letters that I had been writing him since we were started dating. Ryan got me a beautiful diamond bracelet that I was not expecting at all.

McKenzie Evans at Lilac and Wren Photography—she’s the best and her second shooter (Miller Media Production) was amazing as well. They both got great shots. They worked well behind and got pictures that I did not even know they were there for.

Ryan advises not to rush the engagement—take it slow and enjoy the ride. Lindsey says to enjoy your engagement.

It’s such a unique time planning an event that you have waited for your whole life and getting excited about it. And if you are going to move away from family and friends after you’re married then spend as much time with them as possible. 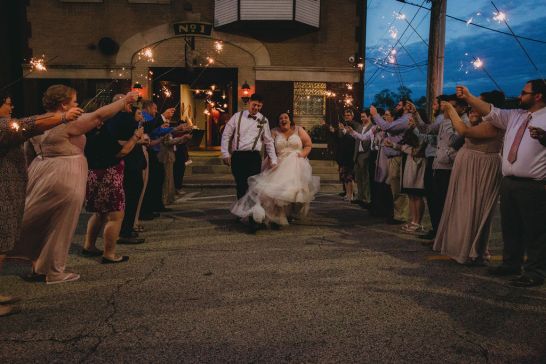